This delicious sandwich is a variation on the classic Philadelphia fast food delight the Philly Cheesesteak - ribeye beef BBQed on a smoky hotplate with onions, cheese melted atop and the whoel lots slapped into a soft roll with some ketchup. This was sensational. It was pretty close to my memory of eating one in Philadelphia and was the best weekend breakfast treat I've enjoyed in ages. 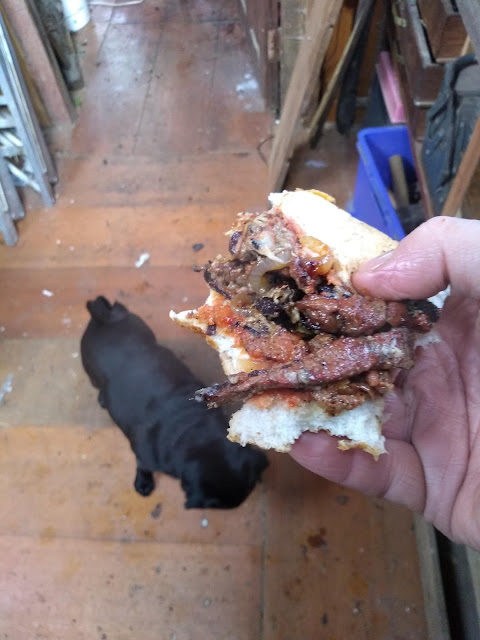 Here it is, moments before the shot about had been taken - this is a soft cheese covered roll from Asda.
In Philly they tend to be a longer sub type roll. Basically it's suppose to be a hoagy (i.e. a made from a long roll) 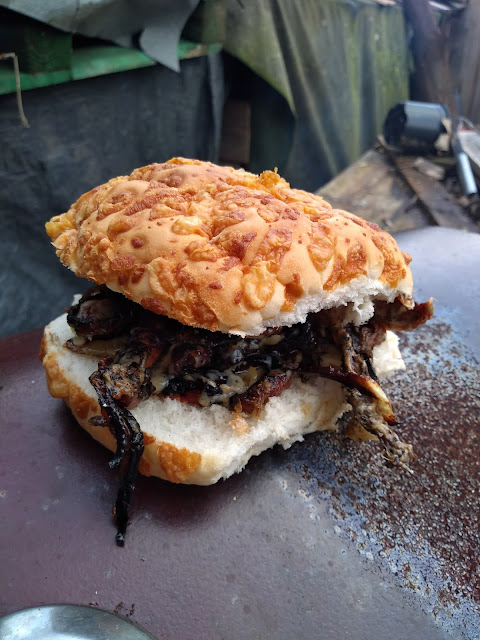 Here is the char-grilled ribeye and onions held together with melted cheddar, on a bed of ketchup i had pimped up a bit 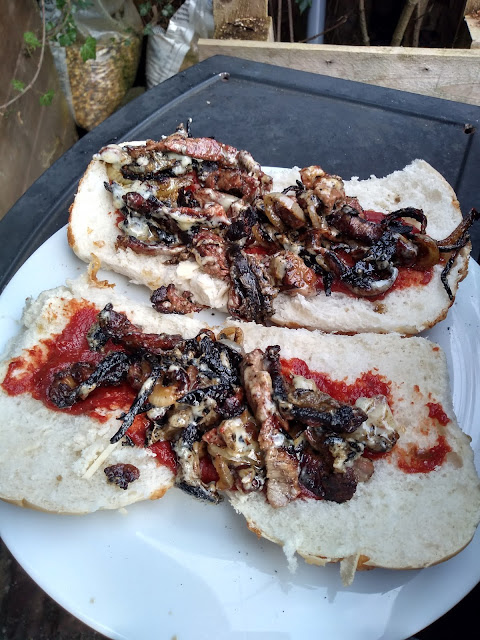 Before that, the whole messy grill after the cheese had melted The cheese half way through... 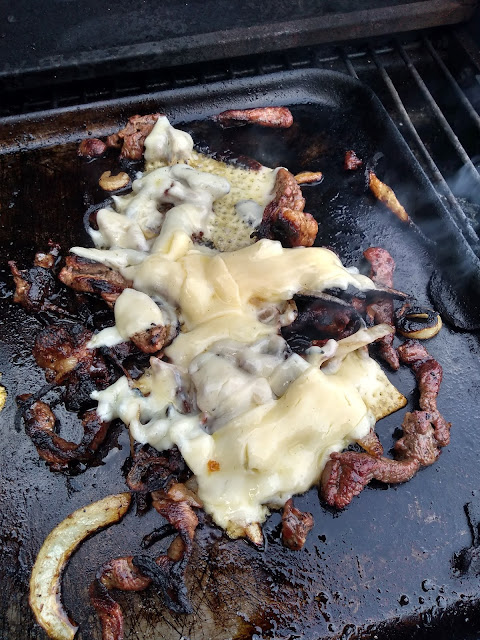 The cheese was simply mature cheddar slices out of a packet 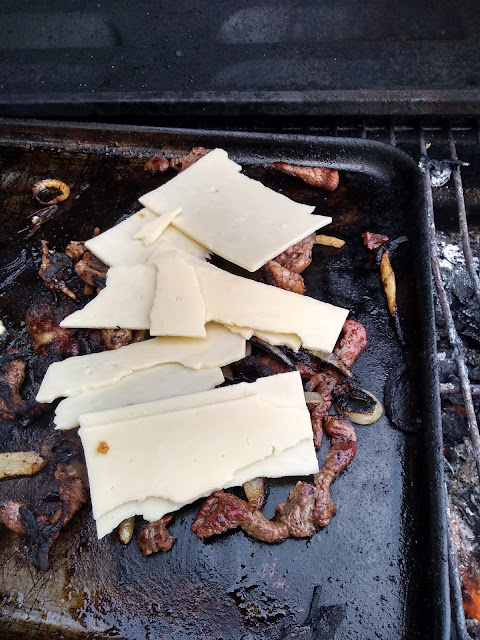 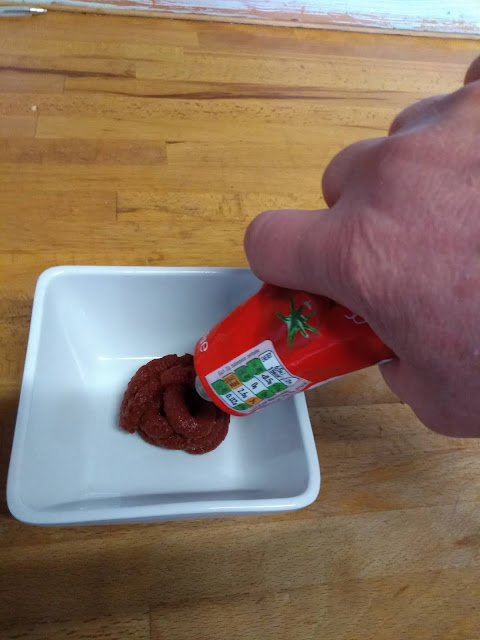 About halfway through griddling the meat and onions, before it started browning and crisping up 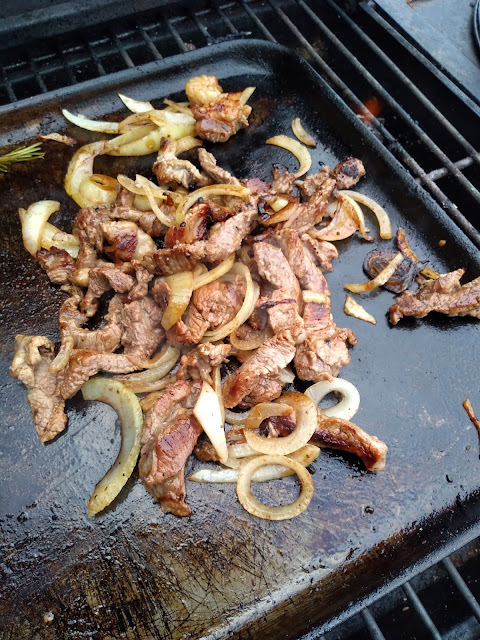 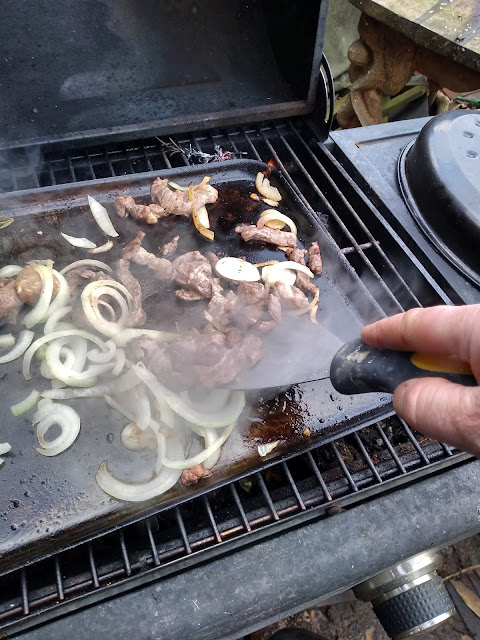 The meat and onions, just on the barbie for a few minutes. 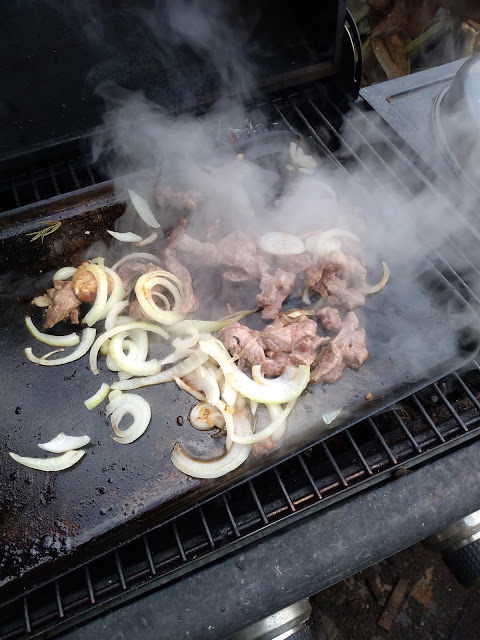 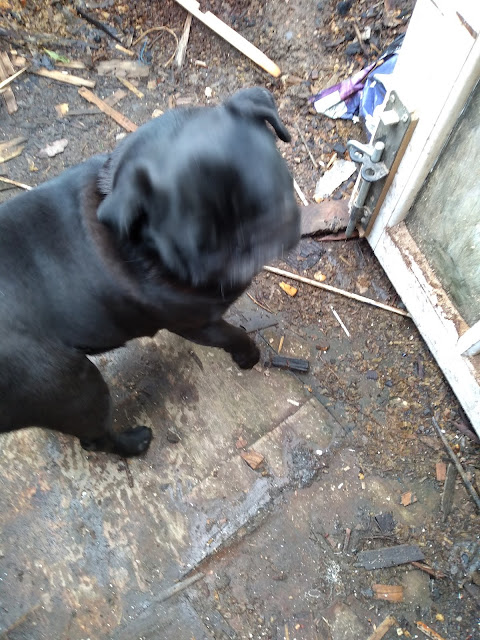 The roll, adorned with the pimped up ketchup 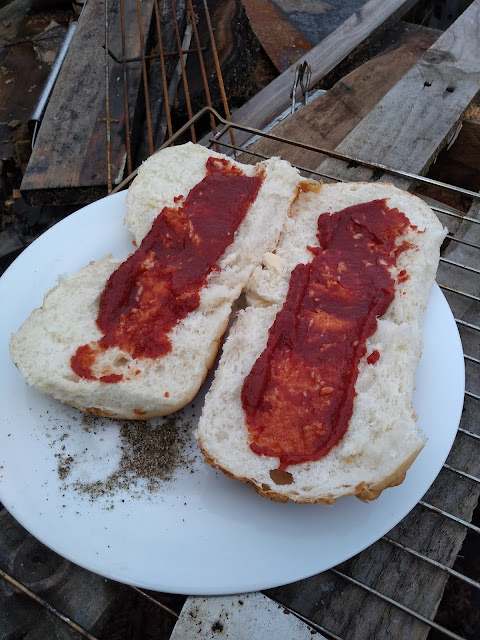 The ketchup after pimping up... 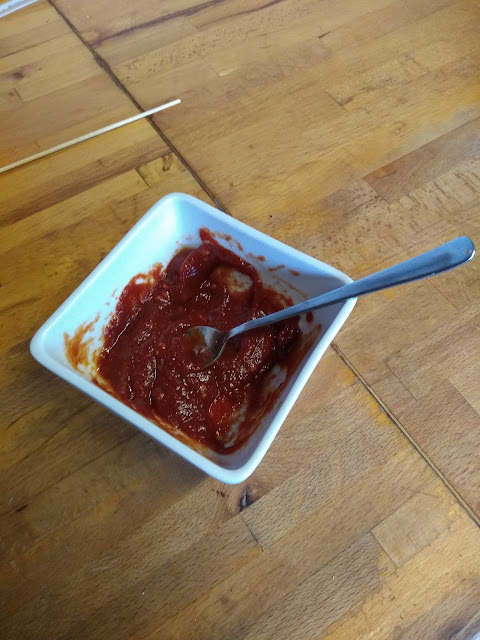 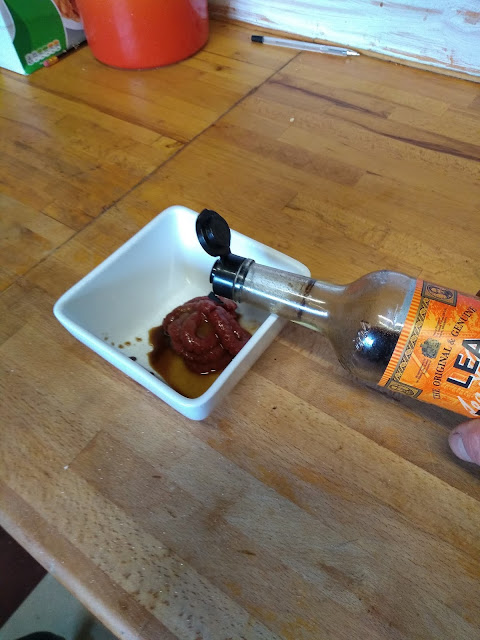 And tomato puree. There is ketchup under that and i missed off a pic of some garlic and onion powder also added. I added a little water too, so the pure didn't overpower it.
Posted by rosemarybeetle at 20:04